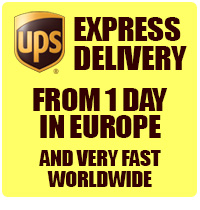 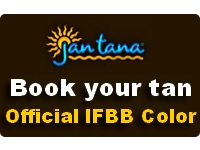 The Jan Tana story...
Jan’s story starts in the sleepy little town of Draper located in the mountains of southwest Virginia. Born into humble beginnings, the daughter of a carpenter, a devoted mother, and the youngest of eleven children, Jan’s upbringing has much to do with who she is today.

Although economically poor, Jan’s family life was filled with the love of God fearing parents, traditional values, and the competitive yet supportive rivalry of her siblings. Jan’s incredible work ethic and competitive spirit was evident early on in her life and is something she credits to her upbringing and to her father and mother in particular.

Evident to all that knew her, Jan’s innate sense of style rapidly became her trademark. She jokingly admits that she began work at the age of fourteen while attending high school in Dublin, Virginia to support her clothing "habit". She always knew that destiny would one day place her in the limelight.

It was not until working as a director for a national chain of women’s figure salons did she find her true calling. While traveling across the county, Jan stumbled upon a tanning salon. Inquisitive she entered and immediately started asking questions. Being of Irish decent and very pale in complexion she asked if she could get a tan. The tanning industry, then in its infancy still had many unknowns but the owner took a look at her complexion and reluctantly answered yes. Much to her surprise, and after several visits she walked out with a tan. It was that moment that Jan’s entrepreneurial spirit came to life.

In 1982 she opened one of the first, if not the first tanning salon in Virginia. The business grew rapidly and she opened one after another each as successful as the first. Amazed at the growth and popularity of the business, Jan decided to start franchising the Jan Tana Tanning Salon. Jan became recognized as an industry leader in providing and promoting “the perfect tan”.

In 1987 Jan was encouraged by one of her tanning salon employees, a bodybuilder, to attend a local competition. With no real knowledge of the sport, she reluctantly agreed to go. After the show, she had to admit the athletes and their routines impressed her but felt that something was missing; it lacked the Jan Tana style. Drawing from her employee’s knowledge of the sport, her own research and knack for marketing and promotions, she decided to promote a show of her own. Thus, The Jan Tana Classic was born. Disguised as the 1988 NPC Virginia State Championship, the show was a huge success and the turn out was the largest in the history of the event.

Bitten by the “bug” and the desire to provide the athletes with a venue worthy of showcasing their talents, Jan decided in 1989 to promote her own show called the Jan Tana Eastern U.S. Open to all NPC competitors from the eastern United States and a massive success, Jan still strives for more. The following year she opened up the event to NPC competitors nationwide and gaining more momentum, it officially became The Jan Tana Classic.